Amphenol is one of the world’s largest providers of high-technology interconnect, sensor and antenna solutions. Our products Enable the Electronics Revolution across virtually every end market, including Automotive, Broadband Communications, Commercial Aerospace, Industrial, Information Technology and Data Communications, Military, Mobile Devices and Mobile Networks. Founded in 1932, Amphenol trades on the New York Stock Exchange under the ticker APH and is headquartered in Wallingford, Connecticut, USA.
MEET AMPHENOL'S GLOBAL BUSINESS 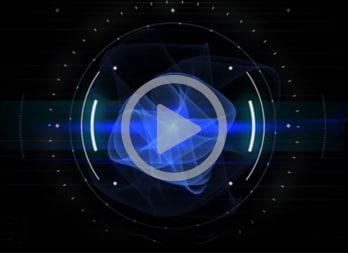 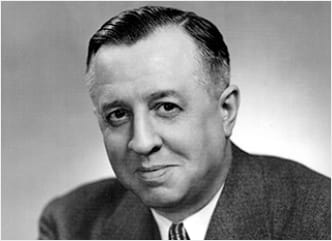 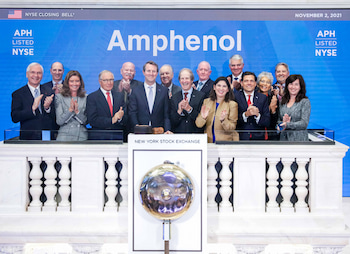 The American Phenolic Company was founded in 1932 by entrepreneur Arthur J. Schmitt in Chicago, Illinois. The company’s first invention was a molded radio socket that used connecting devices made out of phenolic material instead of the more brittle ceramic materials used at the time. With an initial order from RCA, the company grew rapidly, as it explored and invested in new technologies.

The onset of World War II created additional opportunities for the business. The company’s heavy-duty circular connectors, including the 5015 AN, were widely used at the time with American Phenolic’s products accounting for over 60% of all connectors used by the aircraft industry and virtually all of the coaxial cable used in military aircraft. After the war, the company began developing connector solutions for the growing telephonics and television markets, including the twin-lead line for the connection of antennas.

By the late 1950s, the business was in need of additional capital. In 1957, Arthur Schmitt listed the newly named Amphenol Electronics Corporation on the New York Stock Exchange under the ticker “APL”. The following year, Amphenol merged with G.W. Borg Corporation and renamed itself Amphenol Borg. In 1964, Arthur Schmitt retired, and by the mid-1960’s Amphenol Borg had begun to expand internationally, with joint ventures in Japan and India and the purchase of European connector company Tuchel-Kontact Heilbronn. The company also acquired Endicott, New York-based Cadre Industries, a major supplier to IBM, which gave the company exposure to the growing computer industry.

In 1967, Amphenol Borg merged with Bunker-Ramo Corporation. As a division of Bunker-Ramo, a number of the unprofitable Borg businesses were sold, yet the company continued to struggle and Bunker-Ramo was sold to Allied Chemical in 1981. During the early 1980’s, Allied Chemical merged a number of businesses into its Amphenol division, including Spectra Strip Cable and the Bendix Corporation headquartered in Sidney, New York. By 1986, the company, now called Allied-Signal, decided to exit the components business.

In 1987, the Amphenol division of Allied-Signal was acquired in a leveraged buyout by LPL Investment Group, a family investment group founded by Larry DeGeorge and based in Wallingford, Connecticut. DeGeorge drastically reduced costs, eliminating the company’s headquarters and staff in Lisle, Illinois and relocating to a more modest headquarters in Wallingford. In connection with his reorganization of the company, DeGeorge eliminated most of the company’s centralized functions and separated each business unit into individual profit and loss centers, empowering each general manager to control his or her business and thereby establishing direct accountability for each business unit’s financial performance. This culture of entrepreneurship continues to this day.

The 1990s were an exciting time for Amphenol. In 1991, the company completed an Initial Public Offering and listed on the New York Stock Exchange under the ticker “APH”. In 1997, the private equity firm Kohlberg Kravis Roberts (KKR) acquired a majority interest in Amphenol and Martin Loeffler was appointed Chairman and CEO, replacing DeGeorge who retired from the company. With the support of KKR, Amphenol began a strategic acquisition program that contributed to the significant growth of the company. During the early 2000s, KKR gradually reduced its ownership in Amphenol, finally exiting in 2004.

Amphenol has continued its successful strategy of supplementing organic growth with attractive acquisitions. Some of the more significant acquisitions completed in recent years include the purchase of Teradyne Connection Systems in 2005, the acquisition of GE’s Advanced Sensors Group in 2013, the 2016 acquisition of FCI and the 2021 purchase of MTS’s sensor business. At the same time, the company has maintained its deep-seated focus on cost controls which was formed during its ownership by LPL Investment Group. This successful strategy, which has been in place for more than three decades, has allowed Amphenol to become one of the world’s leading providers of high-technology interconnect, antenna and sensor solutions across a wide array of end markets. 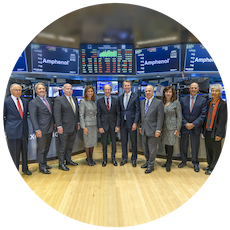 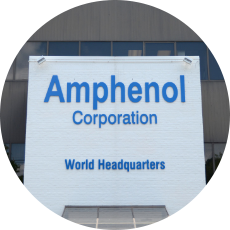 At Amphenol, we derive purpose and satisfaction from knowing that our life-changing innovations and products help to enable technologies that improve the lives of people around the world, support the well-being of our employees and communities and sustain the health of our planet.
Click here to learn more about our Corporate Social Responsibility Efforts
Contact Us